What is your character's race? There are 5 races of people in Final Fantasy 14.

Hyurs are the Humans- They look like regular people. You can make Hyurs look like the past protagonist of Final Fantasy.

Elezen look like elves- I guess they are for the fans of Lord of the Rings.

Miqote are the Cat people- You know in Japan characters with cat ears are popular.

Lalafell- Look like elves but they are chibi characters like Final Fantasy 9. A cousin of mine managed to recreate Zidane by making his character a Lalafell.

Roegadyn - They are gigantic muscular men and women with animal like features. They live in the ocean.

Then there are Auras- They have horns and scales. They are like human demon dragon hybrids. 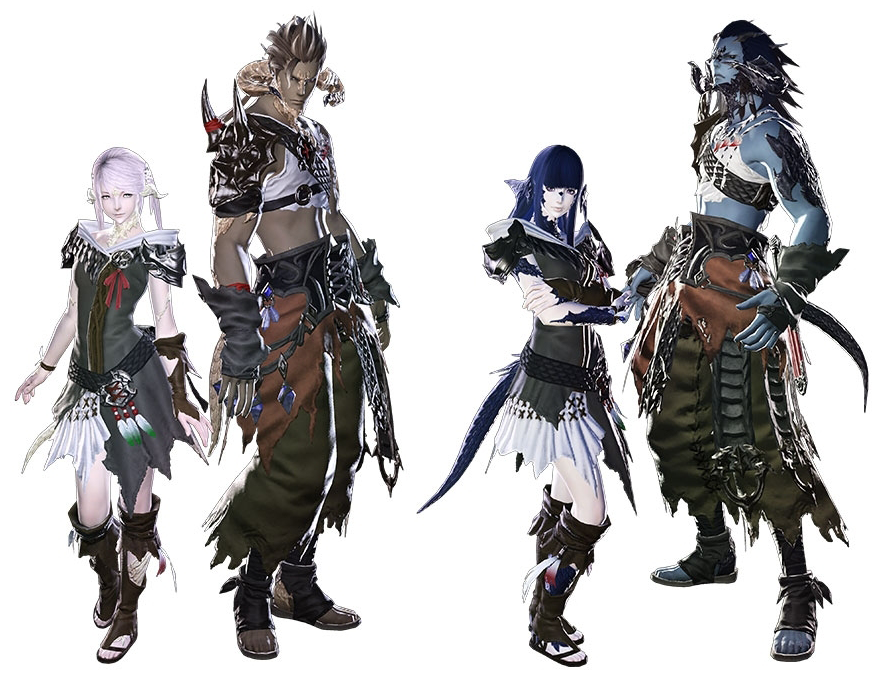 I like the Hyurs the most, maybe because they look like us, but I also like Roegadyn a lot, I love their muscular shape and the fact that they live in the ocean.

I wish they have these other races as playable, These races had appeared in multiple final fantasy games.

The Vierras or rabbit people, I think they didnt made it because they are too similar to Miqotes.

The espers, Well the main character of 6 is an Esper.

I gotta go with the Roegadyn for this one just mainly due to the size and they seem to be more imposing than the others. Kind of makes me wonder what exactly it is that draws me to certain characters but I am not sure I can nail it down to one thing. 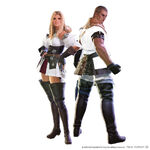 Highlanders are my favourite. I just have a thing for muscular people. Wish the women were plump too.

I think I like all of them without any partiality because I find a new world in them all. They look different but they have something special in them.

That makes the game more interesting and individual. I think that I find it extraordinary when I play the games of different races instead of playing the games of same race.

The race which I prefer most when it comes to the game of final fantasy is the Roegadyn simply because of the way they are built which exhibits lots of energy and power. The way they fight to conquer cities and territories is a joy to watch when I play with characters such as that.

I absolutely love the Lalafell. Their stature is so cute and reminds me of Zidane Tribal. He is my best character in the entire FF series and the Lalafell race make me feel like I'm playing FF9 all over again. Their pointy ears are also appealing and make them look like characters from the Shannara Chronicles.

The Lalafell are very interesting and cute-fun looking characters, and they have short rotund builds, also they have incredible agility but their feeble legs are very strong though- and with those legs, they are quite capable of carrying themselves long distances. They put me in quite a fantasy world which is cool !
FFXIV - Rude Lalafell