Remake is rated 13 by esrb 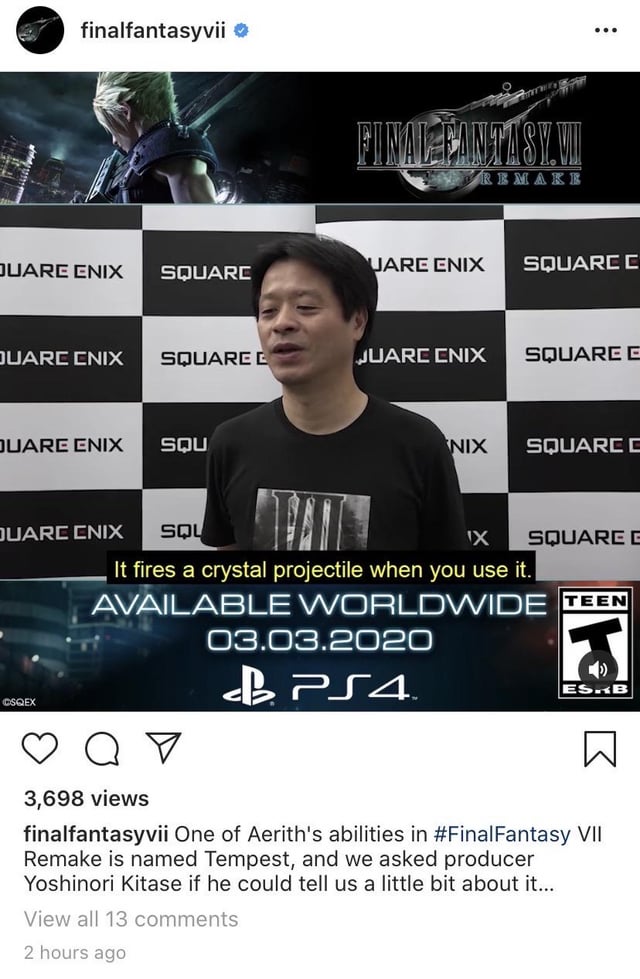 At least the game is not r-18 so some new generation of kids will get to play this masterpiece. The game will be released in March 3 2020 next year.

Final Fantasy don't really have gore so it will never be rated M. It will always be categorized for teens since its the intended market.