The final hole in the somewhat-modern Final Fantasy lineup has been filled. Final Fantasy 8 was skipped over when the PS1 and PS2-era FFs were ported to Switch and XBox earlier this year. Before that, they were released on the PS4's digital storefront....again missing FF8.

Square has still not publicly revealed what the holdup was about, but it's over now...as of today, Final Fantasy 8 has been rereleased for the first time on consoles since its original publication in 1999. Enlist as a SEEd today on Playstation 4, Nintendo Switch, Xbox One and PC via Steam. Final Fantasy 8 is available now....Square's full press release has more details.


LOS ANGELES (Sept. 3, 2019) – One of gaming’s most cherished RPGs returns today on modern platforms with the release of FINAL FANTASY® VIII Remastered on the Nintendo Switch™ system, PlayStation®4 computer entertainment system, PC (STEAM®), and the Xbox One family of devices.

Marking the 20th anniversary of the game’s original release, FINAL FANTASY VIII Remastered features newly rendered visuals that breathe life into the game’s characters like never before. Players step into the shoes of SeeD recruit Squall Leonhart and resistance fighter Rinoa Heartilly as they work together to save the world from the military nation of Galbadia.

The remastered version includes the following boosts to enhance the experience:

I wish they removed the draw system because that is the most hated part of Final Fantasy 8.

I am so happy they fixed this: 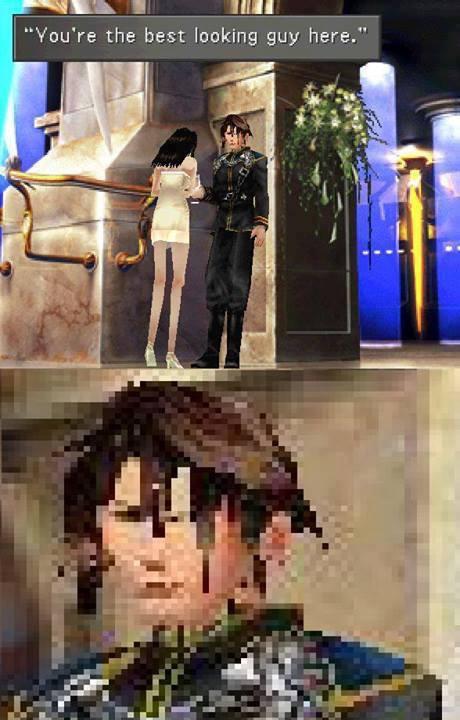 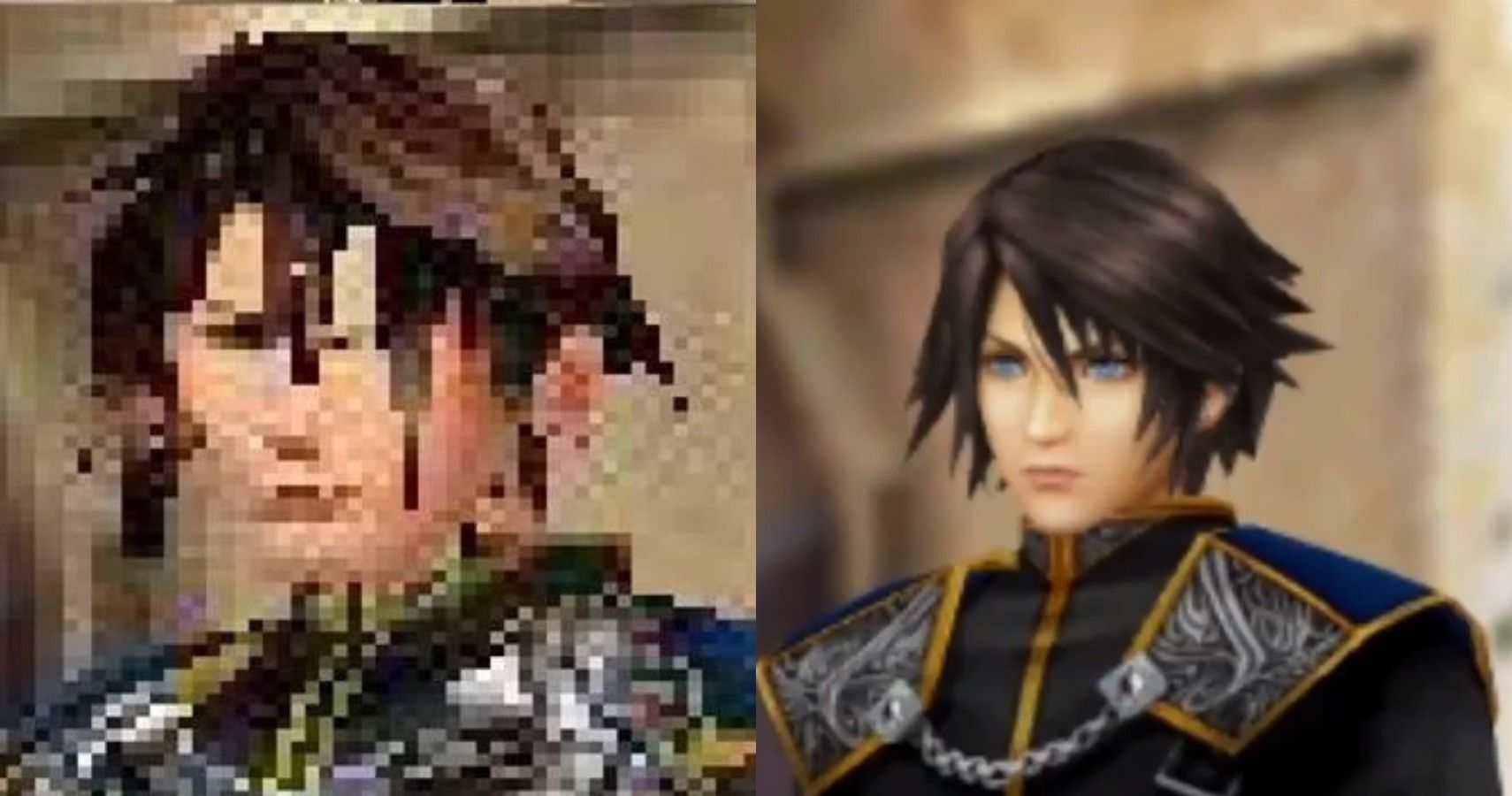 I played this game as a child who doesn't speak English yet and after replaying the game as an adult who speaks English. I just realized Squall is a mean person. No wonder Seifer slashed him. When Quistis was venting out her problems after she got demoted from teacher to seed, Squall insulted her. He is also consistently rude to Zell. He is nicer though compared to Lightning who punches her teammates.

Squall is a jerk from the start but Rinoa will eventually soften him up. So he have a great redemption arc. He eventually becomes likable.

I hated Squall as a protagonist, and FF8 is probably one of my least favorite games. I have yet to buy any of the remasters though, i'll probably pick them all up at some point for my Xbox One.

Bartz_FFV said:
Squall is a jerk from the start but Rinoa will eventually soften him up. So he have a great redemption arc. He eventually becomes likable.
Click to expand...
He is a better person compared to Lightning who is physically abusive. I mean she slaps and punches everyone on her team.

I had seen a major flaw on the remaster. The characters models are improved but the background is not HD, it's just a blurrier version of the ps1 background graphics. They could have used AI to improve the graphics of the backgrounds.

This remaster looks better than the Remaster of FFX but I wish they added voice acting. It will reinvigorate the game but I have a feeling they will do it maybe after 10 years again since I don't think this is the next game to get a remake.

The improvements are outstanding, and there are more details now. I mean I never knew Irvine is suppose to have curly hair. 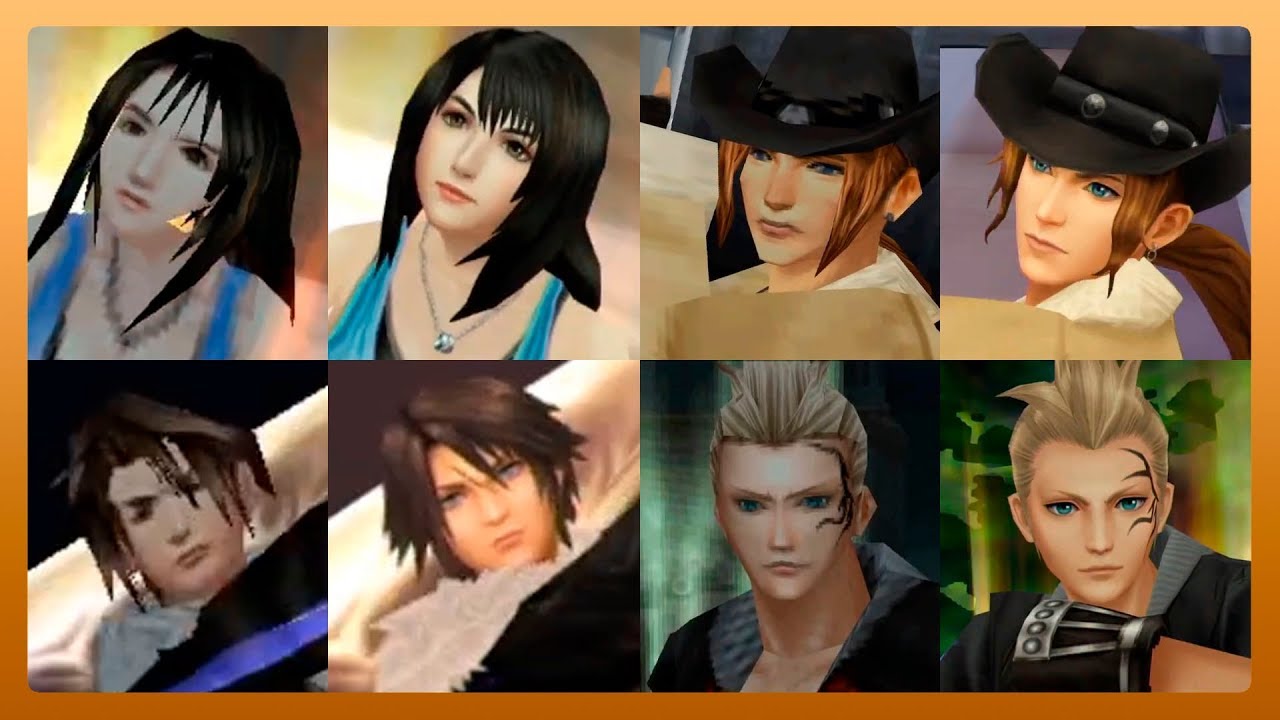 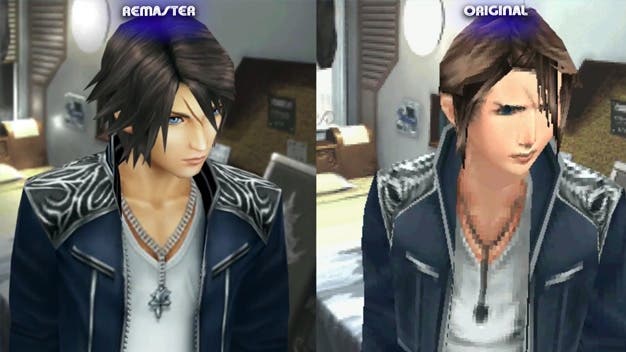 We never get to see minor details like Rinoa and Squall's necklaces. It is really amazing that this is originally a ps1 game. It felt like a remake even though it is only a remaster. Yeah the blurry backgrounds is a bit disappointing.
G

This game is created in 1998 but they managed to predict the existence of live video streaming. When Squall and the Gang went to a mission in Timber, it is mentioned the President of Timber's speech will be streamed online! This game predicted the future. Video streaming does not exist in 1998!

It's good to see this Final Fantasy 8 game get remastered with some nice upgrades to boot - like the character and enemy models that all got a HD reworking, and this sure makes this game easier on the eyes.

Folk Artist said:
It's good to see this Final Fantasy 8 game get remastered with some nice upgrades to boot - like the character and enemy models that all got a HD reworking, and this sure makes this game easier on the eyes.
Click to expand...
The only problem I have with the remaster is that they did not improve the backgrounds so the new graphics looks out of place with the remastered models.I wish they changed the backgrounds too instead of just blurring them.

Suzy Q's playthrough of the remaster on Youtube is worth watching. She played the original but you can feel the childhood nostalgia she have on her commentary. I wish someone will make a voice acting mode on the pc version. That is all I need for this game.
You must log in or register to reply here.
Share: Facebook Twitter Reddit Pinterest Tumblr WhatsApp Email